MagicNeWorld
Glasses-free 3D (hereinafter referred to as GF3D) virtual scene is the ultimate dream of human working and living in the virtual world.
Glasses-free 3D Digital Ecosystem based on Blockchain Technology
When a baby opens his eyes for the first time after birth, he will see a real 3D world. With the technological development and transformation of 2D scenes such as books, mobile phones, TVs and computers, humans can finally see the 3D virtual world without glasses. 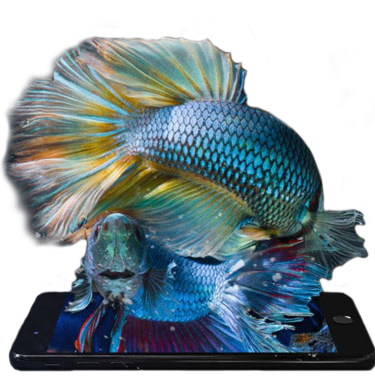 The biggest difference between the GF3D virtual world and the real world is that the former breaks through the limitations and constraints of time and space on the eyes and lights. In the GF3D virtual world, we can seek advice from past scholars, chat with relatives who have passed away, watch Michael Jackson and Teresa Deng concerts at the GF3D theatre, meet colleagues who are thousands of miles away, and listen to the best teacher’s courses in the GF3D classroom. Lovers can make an appointment to see each other in the GF3D room at any time...
Industrial Background
In recent years, 3D technology has developed rapidly, including 3D printing, 3D cameras, 3D games, 3D display and 3D software, and the market scale has been expanding. According to the Markets&Markets data of Current Status and Future Trend of Global 3D Technical Market Development, the global 3D technology market in 2016 was US$127.84 billion. It is estimated that this figure will reach $245.8 billion in 2022, a compound annual growth rate of 16.17%. In the upstream of the entire 3D industry, the technology market has good prospects, such as GF3D terminals, 3D scanning, 3D modeling and mapping.
Market Weak Points
Glasses-free 3D market is at a low point & the industry has not formed In the current GF3D industry, the GF3D display terminals are mainly external devices. Enterprises just follow their own standards. Major corporations are still fighting each other on the battle level of traditional hardware display terminals, which also leads to the dispersion of 3D data. Due to the lack of connectivity on the platforms, the development of high-quality 3D content is greatly limited. A unified data platform has not yet been established. It is impossible to achieve optimal interactive home-made content sharing. And the copyright of 3D content data cannot be effectively protected. The content richness and scale are still far from enough. The popularity of 3D content in the consumer market still requires effort. 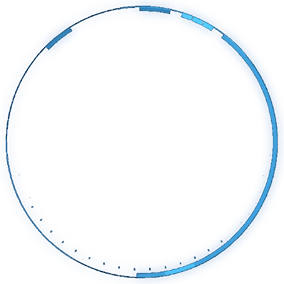 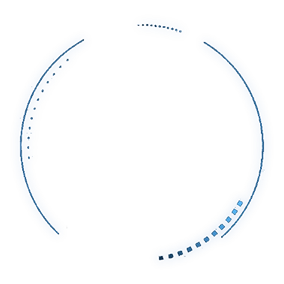 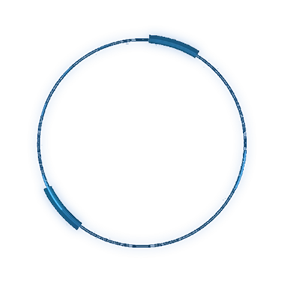 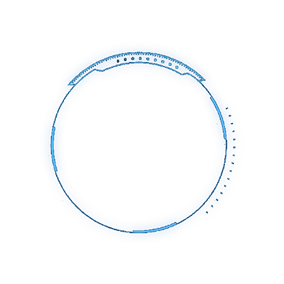 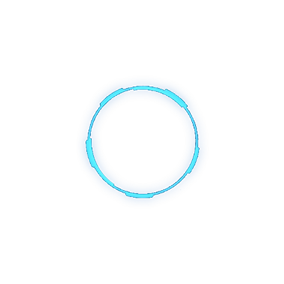 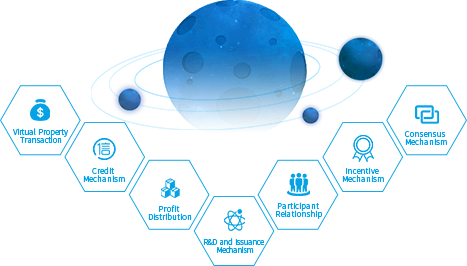 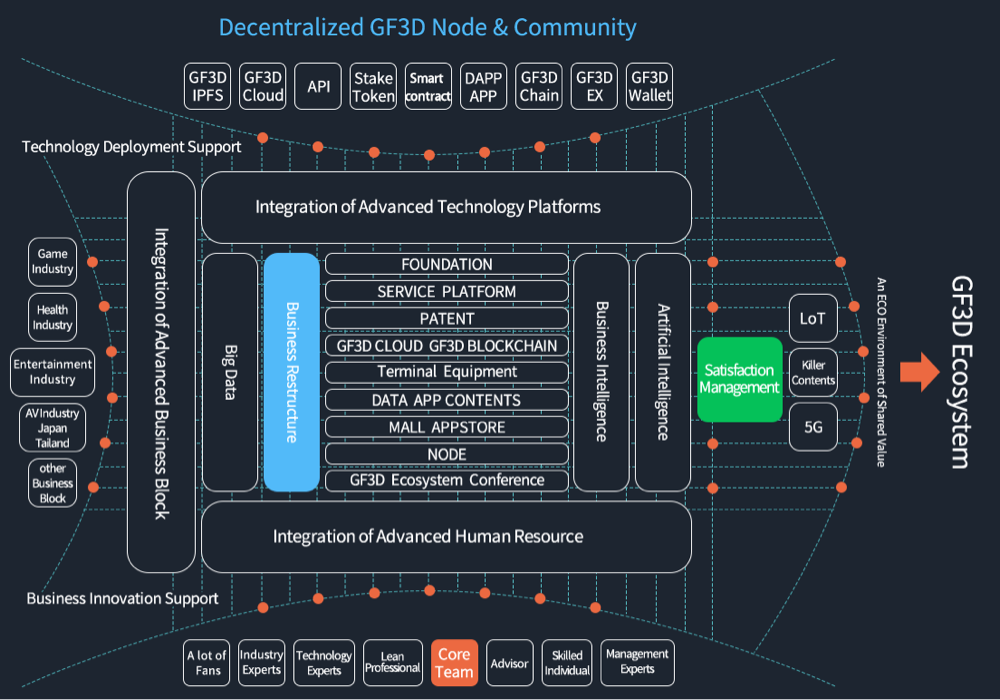 Through a series of autonomous mechanisms and incentive rules, MagicNeWorld ecosystem ensures the optimal operation of data in the blockchain, achieves good community governance, fully awakens the subjective initiative of consumers and producers, and enables consumers to update their GF3D terminals into intelligence mining machines. MagicNeWorld enables consumers to become community members, quantify hardware resources and personal services as digital assets, and transform pure consumers into a five-in-one role for users, investors, producers, promoters and service providers. The GF3D industry is directly built on the MagicNeWorld alliance blockchain. 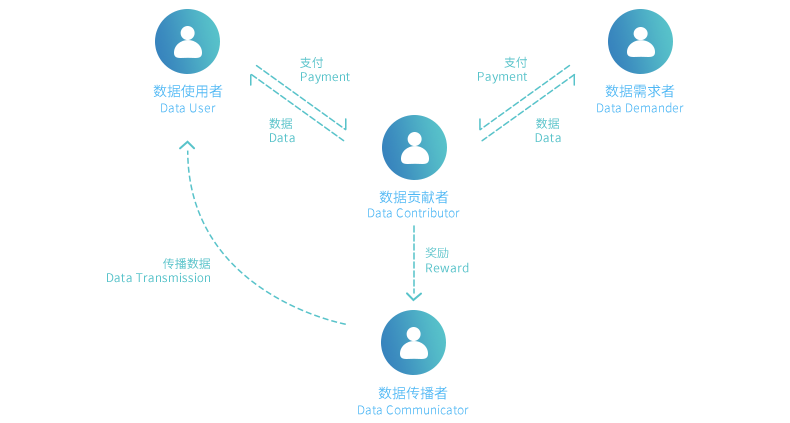 Chairman and CEO of Shenzhen Super Intelligent Technology Co., Ltd. has been engaged in product development of the glasses-free 3D industry for many years, and has dozens of 3D technology patents; as a leader, has 20 years of rich management experience; formerly China Ping An Insurance Group , Tencent and Alibaba's senior manager; Alibaba Data Center ODCC first chairman; has a strong driving ability in innovative business models and resource integration.

He graduated from Tsinghua University and has more than ten technical patents. He was the chief architect, president and chairman of TokenSky. He is a TokenSky blockchain incubator entrepreneur instructor based on more than 20 years of experience in the communications, internet and mobile game industries. He set up the SP Forum in 2002 and later upgraded to Top Fun Network and TokenSky. In the blockchain field, he led and participated in projects such as TOPCHAIN and created brands such as TokenSky, Love Blockchain Club, 100+ Media Alliance and China Blockchain Game Alliance.

Has more than ten years of experience in GF3D software development; Proficient in 2D to 3D algorithms and GF3D playback software; Good at unity and interactive application development.

Nibiru co-founder of Nanjing Ruiyue Information Technology Co., Ltd., president of overseas business unit, KoVRA member of Korea VR Alliance, and Global Sources XR expert consultant.
He used to work for NXP, ST-Ericsson and other Fortune 500 companies. With more than 10 years of experience in mobile communication and mobile internet, he is mainly responsible for the integration of upstream and downstream channels in related industry chains at home and abroad. He led the establishment of a world-class laboratory and innovation center, working with ARM, Qualcomm and Nokia.
He led the team to develop the international market for Nibiru products and introduced new technologies to China, making Nibiru the world's leading provider of ISP / AR / AI Internet of Things solutions for a wide range of applications in the education, retail and medical industries.

He is known as the father of the Chinese "Programmer" magazine. He is the founder of CSDN, the world's largest community of programmers, the founder of the Geek Foundation, the founder of the Distributed Collaborative Organization Institute, and the chairman of TokenSky.
With 24 years of software development experience, he led the development of Kingsoft Power Word and Super Solutions. As the most knowledgeable investor, he has invested in more than 90 high-tech startups such as Aggregate Data, Smart Music Podcasts, Dynamic Excellence and IT Orange.
He established the AI100 Artificial Intelligence Community in 2016. He launched the ABI Fund (AI, Blockchain, IoT) in 2018 to promote the innovation and development of next-generation IT technology. He invested in Okcoin. He initiated the China Cloud Computing Conference, China Mobile Developers Conference and China Big Data Technology Conference.

The author of "Cloud Management 2.0", the founder of TokenSky, director of the Trust Blockchain Alliance of the China Institute of Information and Communication, director of the AIIA China Artificial Intelligence Industry Development Alliance, and the first CEO of TokenSky.
She founded the SP Forum in 2002 and later upgraded to Top Fun Network and TokenSky. In the blockchain field, she participated in projects such as TOPCHAIN, RAY, CODE and BO. She has established brands such as TokenSky, Love Blockchain Club, 100+ Media Alliance and China Blockchain Game Alliance. She was awarded the first "Excellent Craftsman Award" by the People's Posts and Telecommunications Press and won the "Tengyun Think Tank 2016 Award". TokenSky held the TFC Global Mobile Games & Entertainment Exhibition for 10 consecutive years and presented the TOP50 Golden Apple Award.

Has more than 10 years of experience in GF3D content production; Has created several 3D hot movies in the world.

Member of the Electronic Science and Technology Committee of the Ministry of Industry and Information Technology, won the first prize of Tianjin Technology Invention, and the national champion of the New Materials Enterprise Group of China Innovation and Entrepreneurship Competition;
The first person in charge of the National High-tech R&D Program (863 Program), Ningbo 3315 introduced talents, and outstanding talents in Yinzhou District;
More than 60 invention patents have been formed, including 36 invention patents, several software copyrights and 5 articles;
Executive director of China GF3D Industrial Technology Innovation Strategic Alliance, deputy head of Industry Standards Group;
Master of Science in Optical Engineering of Harbin Institute of Technology, Ph.D. of Tsinghua University.